While I wouldn’t normally add an update just for a couple of pictures, these ones I ran across while cleaning out my hard drive are a bit… unusual.

For our Hallowe’en 2002 gig–which we played at a club downtown, called Natural Map–we opted to play in drag… well, except for Sung Hwan, who wore a rain slicker. I don’t have a picture of Thai in his minidress, but here’s Myoung and me, as a pair of rather masculine women: 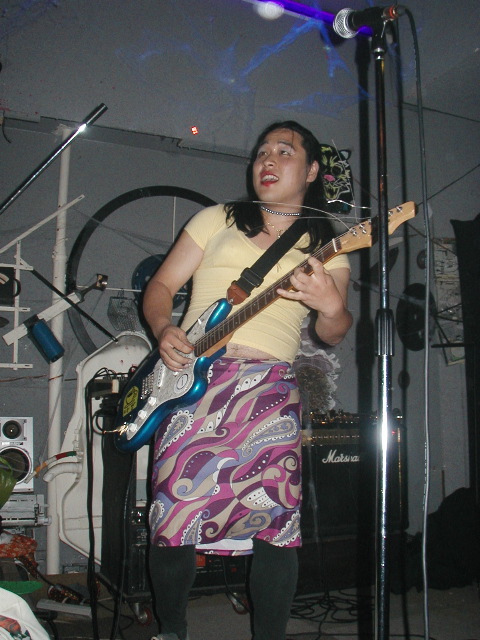 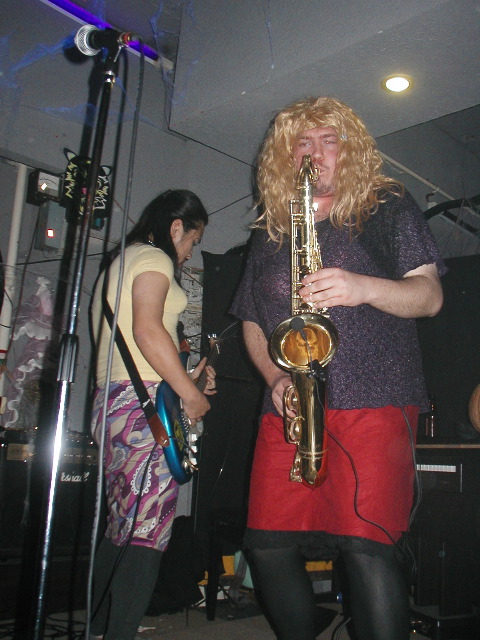