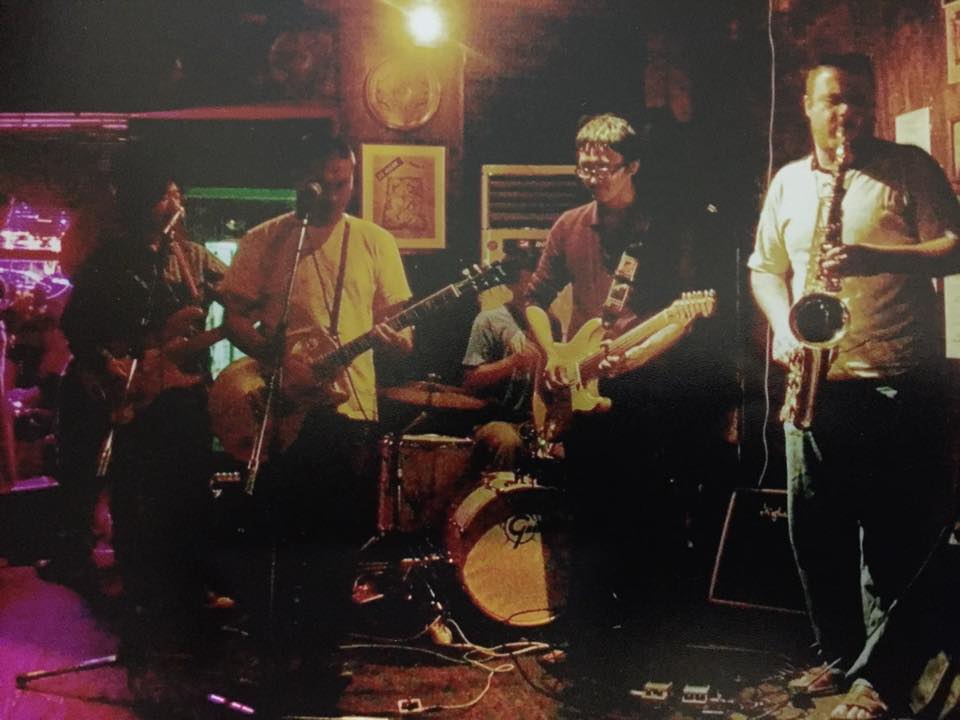 While I was searching for a song from one of our albums today, I stumbled upon a post at the Indieful ROK blog that linked a review of the EP 돗대. The same post also linked to Anna’s review of the album, where she also makes some very flattering comments thoughts on Product. I thought I might share both:

Beyond that, I don’t really have any information to update with about the rest of the band. I don’t know if anyone’s really in touch any more, though they could well be. Everyone’s been scattered to different corners of the world, though.

The last I heard, Thai was still playing drums: I’d swear I saw a video someplace where he was also playing ukelele (?) and singing, but I can’t remember where I’d have seen it—probably Facebook—and it doesn’t come up when I search. I have no idea where he was living the last time I heard, let alone where he’s living now. (There’s a glitch spot in my brain there, though both the USA and Spain come up when I try to remember what I was told.) Anyway, he seems to have no internet presence to speak of, so I have no idea what he’s up to.

Though we haven’t spoken since I moved to Bucheon in 2006 (and somehow we’re no longer Friends on Facebook), the big blue website in the sky says that Myoung Jae and his family are back in Australia, and among other things, he’s playing with a band called The Novellas (here’s their facebook page). They released a video in November:

His family has grown, too, by the looks of it, but I’m out of the loop enough that that’s probably old news to everyone but me.

As for Seong Hwan, I haven’t heard from him in years—probably since 2005. I did reach out back in I think it was 2012, but didn’t hear back. I seem to remember he went to Australia to study (maybe studio tech?) for six months or a year or something like that, but that was years ago. Facebook suggests he’s active in the Jeonju music scene.

And as for me, Gord, most of the music I’ve done since those long-ago days has been soundtracks for my wife’s film projects (about which you can find out more over at brutalrice.com, or listen to over on my Soundcloud account), but since leaving the band I’ve mostly been focused on other pursuits, like writing. (I did pick up my saxophone for a while from 2013-2015, but now that I’m back in Korea, I don’t have much chance to play, especially with a toddler around. I have a couple of EWIs, too, but I never get much time to play them either, these days.)

Anyone with more information than that is welcome to post it here, or to email me and I’ll add it.

One more thing: when I was checking Myoung Jae’s Facebook page for the name of his band—I knew there was one, just not what it was called, let alone they’d put out a video recently—I found a picture I don’t remember seem before, from the old days. I’d guess this was in 2005, from the final goodbye concert the band held there? But that’s just a guess, and we did play there  few times prior to that.

No, I think it must have been sometime in 2005 (the fall, I think?): by then, Hyo Sang (the guitarist at center right) was part of the band, and I was just sitting in for the night. Looks like a still image from a video, though who knows? I remember another local expat, John Scott, filmed some of our shows, but beyond the Youtube video I posted a while back, nothing else seems to be extant. (John’s told me he’d pass anything he finds on, but I’m not holding my breath.)

(I haven’t added this photo to the galleries. I’ll try remember to do that at some point.)

Given that the band’s been defunct now for twelve whole years, and the blogosphere is rotting away as blogs get lost to the ether, I don’t know how many more updates will be coming, but if I ever stumble onto anything, I’ll add it here.

While I wouldn’t normally add an update just for a couple of pictures, these ones I ran across while cleaning out my hard drive are a bit… unusual.

END_OF_DOCUMENT_TOKEN_TO_BE_REPLACED 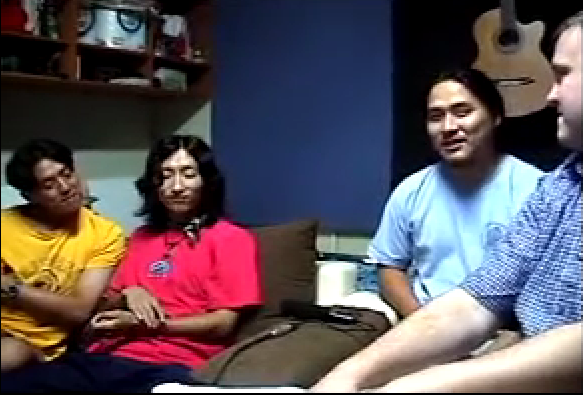 From the depths of an old hard drive, comes an interview amateur videographer John Scott did with us in the spring or summer of 2003. (The file is datestamped June 2003.) I figured I’d put it on Youtube rather than let it moulder in obscurity:

The video includes a little live footage from a show at Led Zeppelin, and I think the interview footage itself was shot at the Cavare recording studio in Seoul, while we were working on our second album, Product.

It’s nice to know someone out there remembers:

I’m not sure Park Geunhong is, but he seems to be the cohost of an indie music program on Korean radio. Anyway, he mentioned Dabang Band on his show back in February 2014.

He has some of his details mixed up, which isn’t surprising after so much time has passed, though there was plenty of misinformation at the time, too. Anyway, he seems to think I’m a Canadian “from the States”; he correctly remembers that Thai was from the States, and Sung Hwan was from Jeonju, but doesn’t mention that Myoung Jae is from Australia.

He mentions that the band made three albums, and then disbanded just as it was starting to get well-known. He also talks a lot about the novelty of a saxophone in a rock band, which wasn’t very common then, though expanded instrumentation has become much more common in Korean indie music during in the years since.

The discussion finishes with the song “Green Leaves,” from the album Product, which for me is interesting since it’s the only track where any of my flute doubling ended up in the final mix.

This site is a work in progress, very obviously. When I told the others I wanted to quit the band, our singer/guitarist/songwriter Myoung Jae commented that it was a bit like breaking up with a girlfriend, when, even if you know it wasn’t working out, it was hard. It’s a bit like that, I suppose, but likewise once one is past the emotional stuff, one looks back fondly on that phase of one’s life. 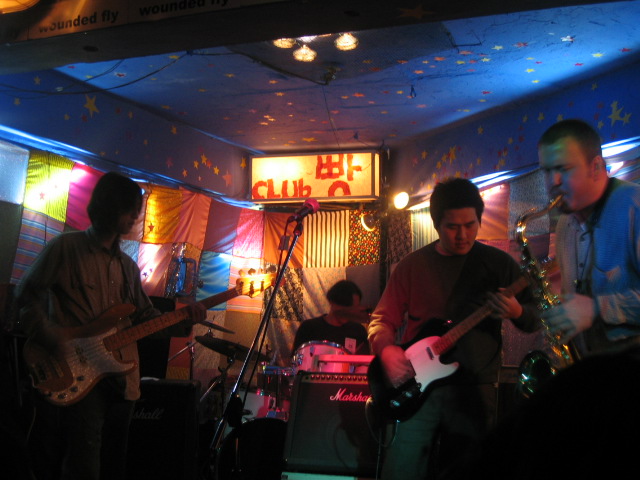 So I think of this site not as a shrine to a fallen group, but as a memorial of an experience that we shared for several years, not just with one another, but with a whole bunch of people in South Korea. On a personal level, I also think of it as of a certain stage in my own life (and the lives of the other members).  That stage is definitely over, and perhaps ended less ceremoniously than it could or should have, but now I think back to mostly fond memories, and feel like it would be nice to have a place to put those memories, so that others can share their memories. 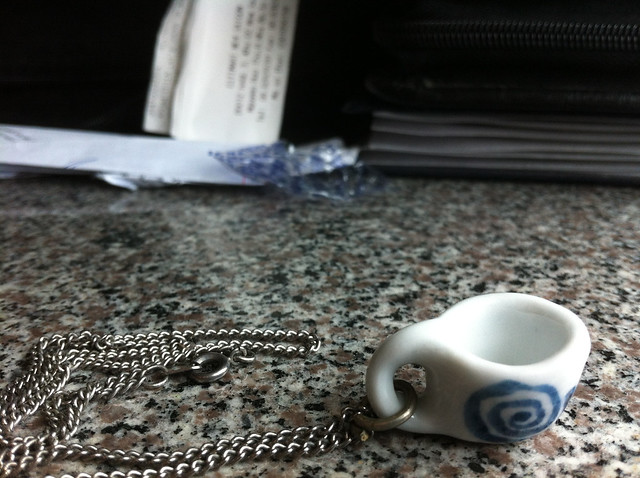 I still have some stuff to add, and of course it’s not a complete archive. Anyone out there who has any photos that aren’t in the archive is welcome to sent them in to me. Bootlegs, other photos, memories, comments, testimonials… all welcome. Contact me with whatever you want to contribute, and I’ll do my best to add it here.